Free Kicks Foundation are delighted to announce that Darragh MacAnthony, owner and chairman of Peterborough United, is our new patron.
Darragh has always been incredibly supportive of our charity, as has everyone at the football club, so to be able to link his name with that of the Free Kicks Foundation is a very proud moment for us. We will ensure Darragh is updated with news and dates for special events, and look forward to catching up with him at the ABAX Stadium again in the future. 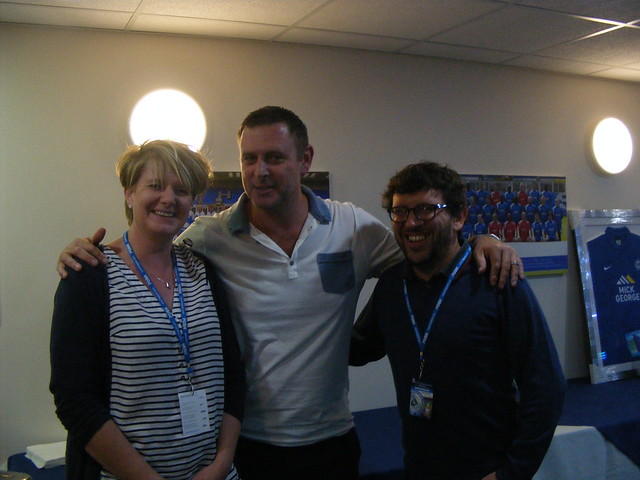 Darragh commented: “I’m honoured to be invited to be a patron for Free Kicks Foundation and feel incredibly privileged to be even asked by the organisation to fulfill this role. All of us here at Posh have seen how it all started for Steve and Sam, the incredible hard work they, their families and the Free Kicks team have put in to make this foundation an incredible success that grows every year. The difference it has already made to so many young lives, in such a short space of time, is a reflection of the dedication given by them and all those who support them. Congrats on the 500th kick and here’s to celebrating thousands more for years to come”.
Steve Thorpe, Free Kicks Foundation Trustee said: “We would like to thank Darragh MacAnthony for taking on the role of patron at Free Kicks. It is particularly exciting to be able to announce such fantastic news in the same week that we will celebrate our 500th Kick. We are delighted to have the support of such a well-respected and passionate individual within the footballing community.”

Darragh MacAnthony has been chairman of Peterborough United since 2006, overseeing the rise of the club from League 2 to The Championship in consecutive seasons and a further promotion via the Play Offs in 2011. Darragh is a regular supporter of both local and national charities.

This entry was posted in News. Bookmark the permalink.